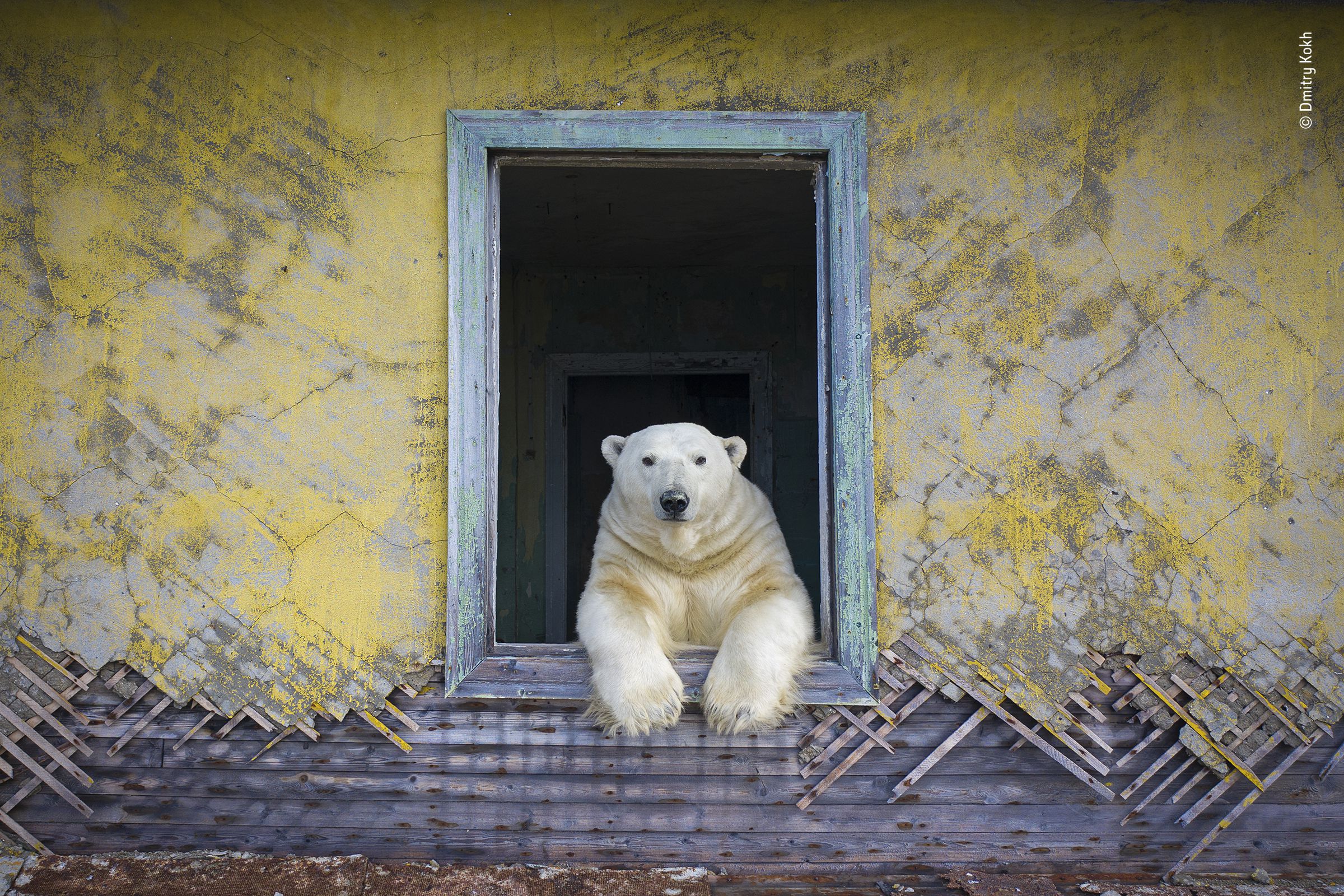 Check out these jarring images of urban wildlife

As a science reporter, I chase down plenty of stories about how humans interact — often carelessly — with the environment around us. Even so, the stunning photos from this year’s Wildlife Photographer of the Year competition have me shook. It puts furry faces on some of the thorny issues I cover. The images are such an intimate view of wildlife forced to navigate our unnatural world.

Humans have engineered a collision course between ourselves and our wild neighbors — through urban sprawl that destroys habitats and climate change that pushes animals into new territory as the world they’ve adapted to transforms. There’s plenty to wonder at and protect in the natural world, as the wildlife photography competition shows us, too. The winning photo from Karine Aigner doesn’t feature any traces of humanity, just a ball of cactus bees duking it out for the attention of a female.

But the images that stopped me in my tracks were the ones where the lines between wildlife and urban life blurred. You can take a look for yourself. A picture is worth a thousand words, right? The images and captions below come from photographers around the world who submitted their work for the annual competition held by the Natural History Museum in London. The photography will also be on exhibition at the museum starting tomorrow.

On a yacht, seeking shelter from a storm, Dmitry spotted the polar bears roaming among the buildings of the long-deserted settlement. As they explored every window and door, Dmitry used a low-noise drone to take a picture that conjures up a post-apocalyptic future.

The image above won the “urban wildlife” category in the competition. Polar Bears have become the quintessential poster child for climate change. You might have seen solitary pictures of the giants on shrinking sea ice. Here, photographer Dmitry Kokh captures them exploring a ghost town on Kolyuchin Island, Chukotka, Russia. Kokh stumbled upon the bears as he was sailing by the island, according to the Natural History Museum, and was surprised to see movement from the houses. After busting out binoculars, Kokh realized there were over 20 bears roaming the abandoned settlement and used a low-noise drone to photograph them.

With global temperatures rising, polar bears are venturing closer to human settlements as the sea ice where they usually hunt vanishes. The bears are “extremely inquisitive” and will search abandoned structures for food, the Natural History Museum notes.

Daniel set up camera traps along a wildlife corridor used to reach high-altitude plateaus. He positioned the cameras to show the disappearing natural landscape with the bear framed at the heart of the image.

Daniel Mideros won the “animals in their environment” category for this photo of a spectacled bear looking out onto a once lush valley, now deforested for agriculture and Quito, Ecuador’s urban sprawl. Paddington Bear is based on this species, which is considered a “vulnerable” species with a decreasing population due largely to habitat loss, according to the International Union for Conservation of Nature. Mideros named the photo “Spectacled bear’s slim outlook.”

The brown-throated sloth had already made it across a road, but to reach the next clump of trees it needed to return to the ground and crawl. That was when it met this big dog.

Sloths spend most of their time high up in tree canopy. But with forests becoming more fragmented, they’re having to take more risky trips by foot across land to find food. Photographer Suzi Eszterhas took this photo in Puerto Viejo de Talamanca, Costa Rica.

Anticipating the jaguar’s return, photographer Fernando Constantino Martínez Belmar set up his camera trap. The jaguar had previously taken a few chickens and a pig from the recreated Mayan village in Río Secreto Nature Reserve. This time workers at the reserve had reinforced the fences, protecting the pig and saving the jaguars from any possible human retaliation.

Wild animals aren’t just running into humans more frequently — they’re also encountering domestic animals. That’s frighteningly clear in the photo above, taken by Fernando Constantino Martínez Belmar. The encounter he caught between a jaguar and a pig took place at a recreated Mayan Village at the Río Secreto Nature Reserve. Workers at the reserve reinforced the fencing that separates the animals to protect both the pig and the jaguar — which might face “retaliation,” the Natural History Museum notes, for killing livestock.

Encounters between wild and domesticated animals can come with risks for people, too. Scientists are growing more concerned about virus spillover. With more animals on the move, thanks again to climate change, they’re bumping into species they normally wouldn’t have. That creates more opportunities for viruses to spread from species to species — and potentially to people.

That makes it all the more important to see how connected our health is to the health of the environment and wildlife around us, experts say. It’s a concept called One Health that’s only gained more urgency during the COVID-19 pandemic. Still, it can be hard to visualize what “one health” really means — especially when I’m writing from my desk — until photos like these show me how close we really all are.