I Moaned About VERO on Twitter, So the Billionaire Founder Rang Me up to Ask What They Can Do Better

The other morning I posted an unnecessarily snarky tweet about VERO and a breach of my copyright. That afternoon, I found myself on an hour-long Zoom call with founder CEO Ayman Hariri after he got in touch to discuss what VERO can do to improve.

I’ve written about social media freebooting extensively in the past (1, 2). So-called feature accounts spring up, spreading community vibes, garnering an audience of tens if not hundreds of thousands, only to pivot to selling dropship t-shirts and novelty mugs. Others build followers and then start charging money for featured posts while touting for sponsored posts. The vast majority of these feature accounts post people’s artwork without permission, despite this being against any platform’s terms and conditions — and, let’s not forget, unlawful. It’s a quick way to make easy money from other people’s creativity.

At the same time, Instagram and other platform benefits massively, actively encouraging this large-scale copyright infringement by featuring these accounts on the Explore page, and dropping them into people’s "you might also like this" feeds. Instagram must know that these practices are wrong but, given that feature posts account for hundreds of millions of post views each day — and therefore generate vast advertising revenue — it appears to be a policy decision, supported by the legal immunity afforded to them under the DMCA.

Appropriation Should Not Be Normal

For me, Instagram has normalized a culture of appropriation, both casual and blatant, to the point that artists blindly accept these breaches of copyright as they extend their reach, bagging them more followers in the ongoing popularity contest that is social media. I’m one of the few photographers that doesn’t appreciate this new normal, as it frustrates me to see my work enriching others while leaving me with nothing.

At an individual level, it’s small fry — a fraction of a penny in ad revenue that should go to me, not to Instagram. However, at a global level, it’s damaging to artists as, cumulatively, the value inherent in our art is extracted and diverted to Mark Zuckerberg’s immense coffers instead. We’ve accepted this because we’ve been conditioned to compete for attention rather than work as a collective.

VERO has been a breath of fresh air, offering a platform that fixes many of the issues that Instagram users have been complaining about for almost a decade. High-resolution images, a chronological feed, more control over sharing, the ability to share different types of content, no ads, only content from people you want to see, and a desktop app. VERO has seen a surge in interest in recent months as Instagram has continued to ostracize photographers and influencers have been gushing about VERO’s superiority.

Like many photographers, I opened an account more than five years ago and lost interest before then rediscovering it in recent months. I don’t put a lot of effort into sharing on social media, but I like the VERO experience, and it feels like a genuine competitor to Instagram. Unlike many other Instagram alternatives that have come and gone, it’s not just for photographers, though photography is at the forefront. 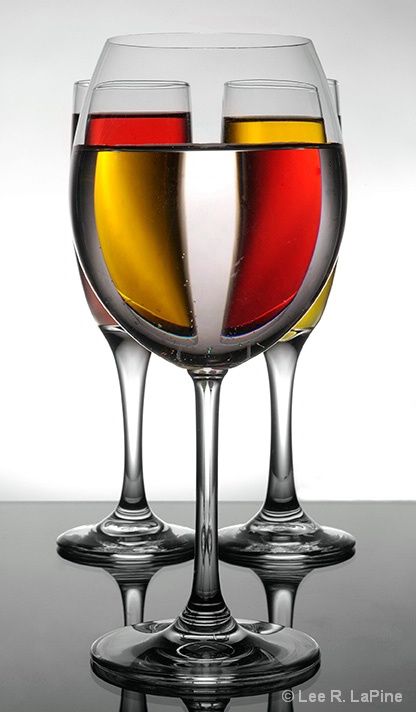 A few days ago, I logged on and discovered an unexpected number of notifications: a "hub" account (as VERO refers to them) had reposted one of my photographs, crediting me and congratulating me on my work. The relentless cynic inside of me sighed and assumed that freebooting had taken next to no time to arrive on VERO, triggering my annoyance. Like every good millennial, I immediately turned to Twitter to voice my disgust and tagged VERO’s account. In my defense, countless people moan at social media companies every day and are met by resounding silence. I have next to no clout, so I figured I was just venting my frustration into the void, maybe prompting a few sympathetic replies to soothe my bad mood.

My unnecessarily snarky tweet triggered a back-and-forth with a couple of photographers with a few trolls jumping on board to inform me that I’m wrong before being soundly schooled by the ridiculously knowledgeable law student and photographer Martin McNeil. What I didn’t expect was a response from Ayman Hariri, the co-founder and CEO of VERO, offering to contact the hub account on my behalf and ask for the post to be removed. A constructive discussion ensued and, to my even greater surprise, Hariri then asked if we could continue on Zoom.

A Zoom Call With the Boss

Four of us — myself, Ayman Hariri, Martin McNeil, and VERO’s Head of Community Tom Hodgson — chatted for an hour, and it would have continued had I not cut it short due to other commitments. I’m aware that I’m in the minority when it comes to having my work posted without my permission and, from what we discussed, it’s apparent that VERO is keen to find a way to give creatives control over their content without impacting people’s desire to share work and have their work shared. Feature accounts are popular for a reason, offering ground-up, community-driven curation of encountered content rather than top-down, algorithm-fed discovery feeds controlled by the platform. As Hariri pointed out, VERO is ad-free — and has stated its commitment to remaining ad-free — so these feature accounts are not generating ad revenue for the platform, as is the case with Instagram.

I put forward my own thoughts on how artists can feel that they have more control, such as the option to mark an image as being available for reposting, or a system of reposting that is built into the app, effectively co-publishing the post, not too dissimilar to Tumblr. No doubt, VERO has pondered these options, and Hariri made it clear that he was wary of adding complexity to a social app that depends on simplicity. We seemed to differ in opinion here, but I’ve not just plowed literally tens of millions of dollars into my own Instagram alternative and, not having the same depth of knowledge, there are likely a host of implications that I’ve not thought through. Maybe my ideas are rubbish. We shall see.

A chunk of the discussion was centered around the technological solutions that would give artists more control, with McNeil citing the success of YouTube’s ContentID system — notably, something that it was forced to implement in order to avoid chaos, not a feature that it established out of a noble desire to protect creators (in 2007, Google faced a Federal court claim brought by Viacom who sought $1 billion in damages for secondary infringement, a case that ran for seven years and resulted in an out-of-court settlement. The lawsuit prompted Google to begin work that same year on what would become the ContentID system).

Solutions are out there — Google’s own reverse image search is evidence enough — and McNeil has been part of a collective of musicians, authors, illustrators, and photographers who have been consulted by Meta and others on the topic in ongoing talks. I’ve discussed previously the potential of technology such as that provided by French company IMATAG. None of these will resolve freebooting or intellectual property theft completely, but that’s not a reason to ignore it.

There are no quick fixes and our conversation was never going to find any, but the discussion felt productive, and it was refreshing to be able to engage, not just with the heads of a social media company, but with people who appear to be genuinely interested in taking our views on board and working to create a platform that is the best possible version of what it can be. Hariri came across as authentic and deeply invested, not just financially, but in establishing VERO as a social media app that respects its users and their content.

In Zuckerberg, we have a billionaire that is busy destroying his share price thanks to an obsession with technology that even his employees believe is pointless, while his chief underling tells photographers: “Thanks for your help now jog along." In Hariri, we have a billionaire that loves photography and who has invested a vast sum of money gambling on an idea — an alternative to Instagram — that according to precedent, is destined to fail. I, for one, hope that it doesn’t.

I don’t know whether VERO can find a solution to freebooting, but in our conversation, its intentions seem clear. We need a new normal when it comes to social media, and VERO appears determined to provide it.