Lights… Camera… Make! Tips for Getting Started on YouTube

This article appears in Make: Vol. 74. Subscribe now to never miss a copy!

There are over 300 diverse hours of footage uploaded to YouTube every single minute. A portion of this comes from makers around the world, some having refined their output into regular and frequent uploads that highlight their individual styles of builds and onscreen presentation. Done well, their videos inspire viewers to pick up their own tools, and also to subscribe to and share their creators’ channels.

The videos may also move viewers to grab a camera and start documenting their work as well. We’re going to explore that aspect in this article; we’ve asked some of the top YouTube makers about their content-creating journeys, and for insights that might help you on yours. Scroll through the photos to learn more about their channels and get their links.

Video bonus: We hosted many of these YouTubers and more in a panel discussion, with even more helpful information in it:

One of the hardest parts of any new venture is finding the courage to take the first step.

“Everyone has something good to share, and there is always an audience for it,” says Electroboom’s Mehdi Sadaghdar. “Always do what you enjoy, because that will guarantee you will do it better.”

“When we were kids, you had to be a professional to get a book published, to be on TV, to get a record published. To be seen you had to be on a certain level,” says Bob Clagett of I Like to Make Stuff. “And now, you can do all those things from your basement with nobody’s permission.”

Norm Chan, who co-founded the video-heavy website Tested in 2010, offers three pieces of advice for those looking to begin. “One: Start. Two: As you make things, don’t stop consuming, because you’ll learn more from making while continuing to watch, and you’ll learn new things you didn’t realize were there. And Three: Write. If you write down what you say, you’ll be able to communicate your idea in a clearer way than ever thought possible. Not even a script, just write your idea down.”

“You’re going to suck the first couple times, and that’s completely OK. You’re going to have to try out different routes, different personalities. Don’t quit too early. Take your time and really do what makes you happy.” —Ben Paik, Woby Design

Fancy equipment can improve audio, open up new types of shots, and provide interesting effects. But if all you’ve got is a camera, you’re still ready to go. (For more gear guidance, see page 48.)

“Over the past five years, I’ve just been using iMovie. I have an entry level DSLR on a tripod and I just move it around and capture what I’m doing,” says April Wilkerson. “It doesn’t have to be extremely high-tech or complicated. I recently did a project and shot 90% of it on an iPhone 10. And people loved it. It’s more about the storytelling and communication style.”

“Learn to use your camera. Learning a few simple settings for white balance, light metering, and focal points can go a really long way in improving your content.” —Anne of all Trades

“Doing YouTube is not about having good filmmaking tools, it’s about the content you provide.” —Mehdi Sadaghdar

“I try to keep it as simple as possible. It’s really about the content.” —Ben Paik

Experience will guide you as you figure out how to present yourself on camera, get shots that work, and avoid going crazy when you’re piecing your clips together. Be ready to spend a lot of time on this.

“The biggest misconception people probably have is how much time it takes to do all the things.” —Jay, Wicked Makers

“The fact that you’re filming a project makes the project take five times as long. You’re setting up the camera, then changing the angle, you’re talking about the project, then re-recording what you said five times.” —Jaimie, Wicked Makers

“Don’t shoot a surveillance video when shooting your movie — get intimate with your point of view. Only shoot moments of transformation; don’t shoot sanding for more than 15 seconds! Get in late, get out early … in your edit.” —Jimmy DiResta

“I learned to shoot only what was necessary, and that made the editing easier later on.” —David Picciuto, Make Something

“It takes about at least a week, 6 hours a day, for me to edit these videos.” —Ben Paik

“Typically when you see me build something, it’s for the very first time.” —April Wilkerson

“I do live music in the street for my vlogs,” says Jimmy DiResta about finding royalty-free music. “And the other thing I do is just go to YouTube Studio. The file just downloads as an AIFF or MP3, and I drag it from the downloads folder right into my timeline.”

The first videos you make may come easy, but you’ll need to start planning your content to keep a flow.

“Let ideas roll around in your head for a few days before you sketch them,” says Jimmy DiResta. “They need to incubate in your imagination before you commit them to paper. And keep a notebook on your workbench.”

Homesteading-focused Anne of All Trades recommends developing a mission statement to keep focus: “Mine is, ‘To share joy whenever possible. To learn to do or source as many things as I can myself or from within my local community. In the process, I want to encourage, inspire and empower my peers to do the same.’ If a project or potential sponsorship or storytelling process doesn’t communicate those goals clearly, it’s not worth my time or my energy because it won’t serve my business well long-term by distracting in any way from those goals.”

“I’m planning or building my videos all the way through 2021.” —Mark Rober

“I’m legitimately doing the same exact formula that I started with. I just wake up on Monday and think ‘What do I need?’ and then I go figure out how to build it.” —April Wilkerson

Riches await those who hit a million subscribers. Or at the least, a framed golden YouTube badge. Most creators offer the same advice: Produce regular, consistent content, and buckle up for years of slow growth.

“My idea was to just create really good content, regardless of what I am doing,” says Ben Paik. “If my work is good then it is going to eventually catch on. At the same time I had a lot of help with different makers that shout me out, or do a little bit of collaboration. The maker community has been really generous to open their arms. They’ve been really open and really supportive.”

“There’s no magic formula to be successful on YouTube. Make videos people want to share and growth will naturally happen over time.” —David Picciuto

“A growth mindset on YouTube is, you should be making stuff not for your current subscribers, but for the people who haven’t subscribed to you yet. You’re trying to convince them to subscribe to your channel.” —Mark Rober (Figure G)

Sponsored videos are a common source of YouTuber income, as are affiliate links, AdSense, selling plans and merchandise, offering courses, hosting a Patreon, and more. On the other side, marketing, accounting, payroll, and management are all serious jobs, so be ready for that too.

“The sponsors are distinctly the best source of income for makers, I think everyone agrees on that,” says Jay of Wicked Makers. “But it’s also a tremendous amount of effort to do it properly. You’ve got to build relationships, you’ve got to produce content that’s going to be helpful for the sponsor. Or you can drop an affiliate link in the description of a video, and that isn’t going to help you nearly as much as a sponsor relationship, but it’s also no extra effort to do.”

“When it comes to making videos, I focus on sponsorship because I can’t really manufacture things out of skateboards and make money,” says Woby Design’s Ben Paik, of his skateboard-wood-focused channel.

“The problem with just making videos is it’s a one and done thing.” says April Wilkerson, who has set up a full range of income sources. “You can do some affiliate links or a sponsored video but those are all short-term revenue streams. The website is the thing that is needed and crucial for having a long-term business. Making the videos is a good launching point, but it’s very short minded and short lived.”

The pressure to constantly be capturing and posting content can drain a creator. Here’s some advice to keep that from hurting you.

Bob Clagett started I Like to Make Stuff in 2012, which has now grown to a four-person team encompassing two video channels, classes, merchandise, podcasts, and more. It all began to take a toll last year. “We spent time talking about how we could lighten the load and avoid the bottleneck, because I am the bottleneck in all this stuff. We came up with ideas of different types of content, but instead of sticking them in between project videos in the same schedule, we’ve replaced one project a month with a non-project video.”

“Foster good habits. Do some things just for fun, with no camera around. Get enough sleep. Take time off. Don’t get burnt out.” —Anne of All Trades

“I hired a videographer and editor this year. That’s two days every single week of my time that I’m no longer going to have to do.” —April Wilkerson 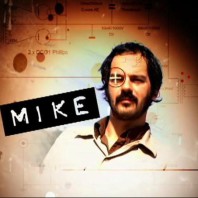 Mike Senese is the Executive Editor of Make: magazine. He is also a TV host, starring in various engineering and science shows for Discovery Channel, including Punkin Chunkin, How Stuff Works, and Catch It Keep It.

Source: https://makezine.com/2021/11/23/lights-camera-make-tips-for-getting-started-on-youtube/
Cecil Glover 5 months ago
previous post next post
We use cookies to ensure that we give you the best experience on our website. If you continue to use this site we will assume that you are happy with it. Ok